Your son is preparing backstage for his first ever Band concert.

Your daughter is the featured violin soloist with the Senior Orchestra, and will be performing her last concert in this school.

You are excited for your children and proud of their accomplishments.

The audience is extremely noisy.

Young children are running up and down the aisles. (You think to yourself, “Where are the parents?”)

It seems that every other person is on their cell phone, not paying a bit of attention to the performers.

You even notice that some of the school and District administrators are either talking or playing on their cell phones too.

The school orchestra and choir are performing the Star Spangled Banner and are approaching the last phrase. Out of nowhere, the audience starts to applaud wildly before the piece is finished. You think to yourself,

“Am I at a sporting event?”

After the first group finishes performing, you notice half of the audience leaving, not supporting the other performing groups.

Now you think to yourself,

As a proud and active music parent, you are embarrassed and angry.

How did audiences get this way?

There is an unspoken “code of conduct” at classical music events, and school concerts have traditionally followed these rules. Less exposure to instrumental music programs and music appreciation courses in schools has led to a decline of interest in classical music in society. Attendance at public classical concerts, ballet and operas has been declining, and classical music stations are rare and few.

As a result, the traditions and rules audiences have followed at concerts for centuries have dwindled away. Rock and Popular music concert behavior (as well as behavior at sporting events) is deemed acceptable at school concerts because the general public is exposed to that more often. It is not uncommon for people to talk loudly, not pay attention to the performance or event, play around on cell phones and stand up (instead of remaining seated) the entire time. The habit of not waiting for the end of the national anthem to start applauding wildly has also translated over into school concerts and events.

Dancing and singing along with performers is a way of audience engagement, and is not a bad thing for concerts, provided that the performers and the audience wants that. In fact, when audience participation is encouraged, it can really bring the performing and listening experience to a higher-level.

Dancing and being involved with the performance when asked to do so is a lot different than audience indifference where everyone is talking loudly or more engaged with their cell phones than the performers.

Ensemble directors, if desired, can work towards incorporating more audience engagement in their concerts so that the audience will be more engaged and likely more enthusiastic during the performance, and more supportive of the music programs in general.

Interestingly, an article was written for NafMe by a corporate etiquette consultant regarding different codes of conduct at various types of concerts and events. Audience behavior at the popular South by Southwest concerts was addressed. Even in that environment, organizers felt that a “code of conduct” needed to be followed to avoid mass chaos and personal injury.

What is the One Thing a Music Parent can do to help solve this problem?

NafMe, the National Association for Music Education, created a publication on Audience Behavior for students and one for parents. Download the wonderful resource entitled 10 Rules for Concert Etiquette for Parents, and similarly, 10 Rules for Concert Etiquette for Students and distribute this material to your school’s Music Booster Club and/or PTA.

In addition, go over the material from the Students resource with your children. Educating your children about audience behavior at a young age will help them appreciate concerts more and influence their friends to do the same.

What else can a Music Parent do to help solve this problem?

One thing is not enough, you say! Here are some more suggestions that can really help bring back the respect for music programs in your school:

How will these actions advocate for my school’s music program?

The more that audiences show their appreciation of the school’s concerts and events, the more the Administration will take note (no pun intended!) and start to think twice about cutting music programs.

Administrators care about numbers. The more numbers that actively support music for the sake of music and not just for entertainment or supporting the school’s football program, the better your child’s total education will be.

That support starts with doing the right thing even when others are, or are not, looking. 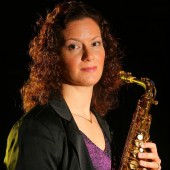 If Your Son Plays Tuba…